It's the most wonderful time of year — and, by that, we mean Amazon just kicked off Black Friday six weeks early! That's right, Amazon Prime Day is back, and this time around, the e-commerce giant is offering discounts to Prime members that are so good you'll want to start your Christmas shopping early. But don't wait, the deals are only available until midnight tonight, October 12, before going back into hibernation until Black Friday rolls around.

Everything You Need To Know About The New Amazon Prime Day

At the top of our shopping lists? Le Creuset's cookware. Since its founding in 1925, Le Creuset has been known for making the gold standard of cookware — and for good reason. The magic lies in its enameled cast iron, which heats up recipes quickly and efficiently. (And, in case you missed it, cast iron enhances everything from pan-seared salmon to a cheesy casserole.) Not only will it make an incredible addition to your kitchen, but speaking of the holidays, we can't think of a better gift for foodies than a Le Cresuet Dutch oven.

Though the French brand is incredibly popular amongst home cooks and professional chefs, it's not exactly cheap. In fact, its signature Dutch oven will set you back hundreds of dollars. Thankfully, there are Le Creuset discounts on Amazon as part of the new Prime shopping event. It's the second and final day of the sale, but there are still a few great Le Creuset deals to be had. Right now, both the classic Dutch oven and the smaller Sauteuse oven, which is great for couples and single people, are on sale. Or, if you already have a collection of Le Creuset cookware, the enameled casserole dish would make a lovely addition (or gift for the host!), and it is 13% off.

These discounts may not seem like much, but considering how rare Le Creuset sales are (the brand only has one factory sell per year!) and how expensive the products are (a 20% discount could mean as much as $100 off), they're definitely worth your attention if Le Creuset is on your wish list. Shop the deals below, then read on as we answer the internet's burning questions about the new Amazon Prime Early Access Sale, including: dates and logistical details, the best deals to look out for and how to get a free Amazon Prime membership. 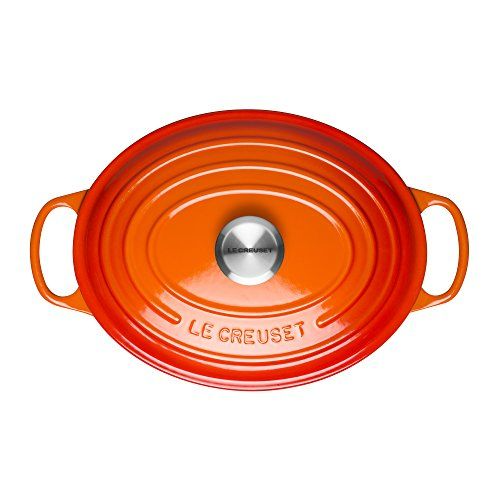 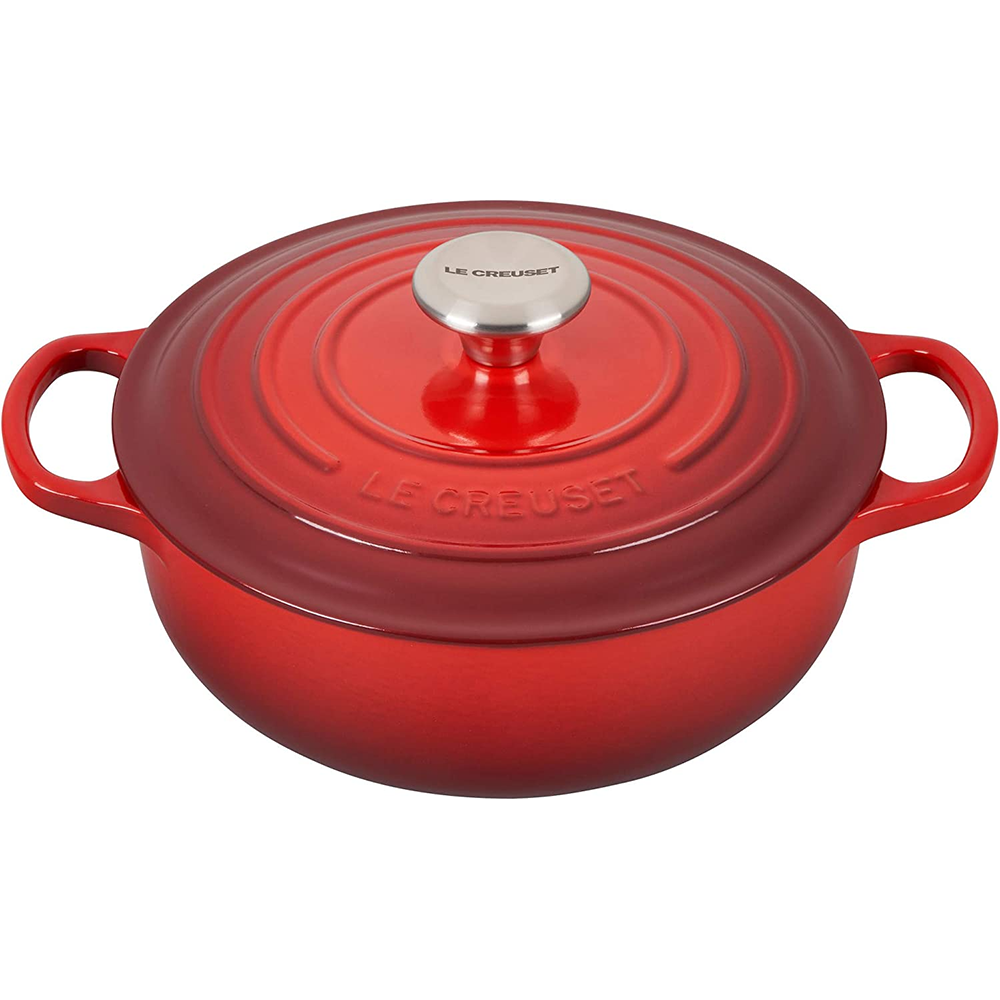 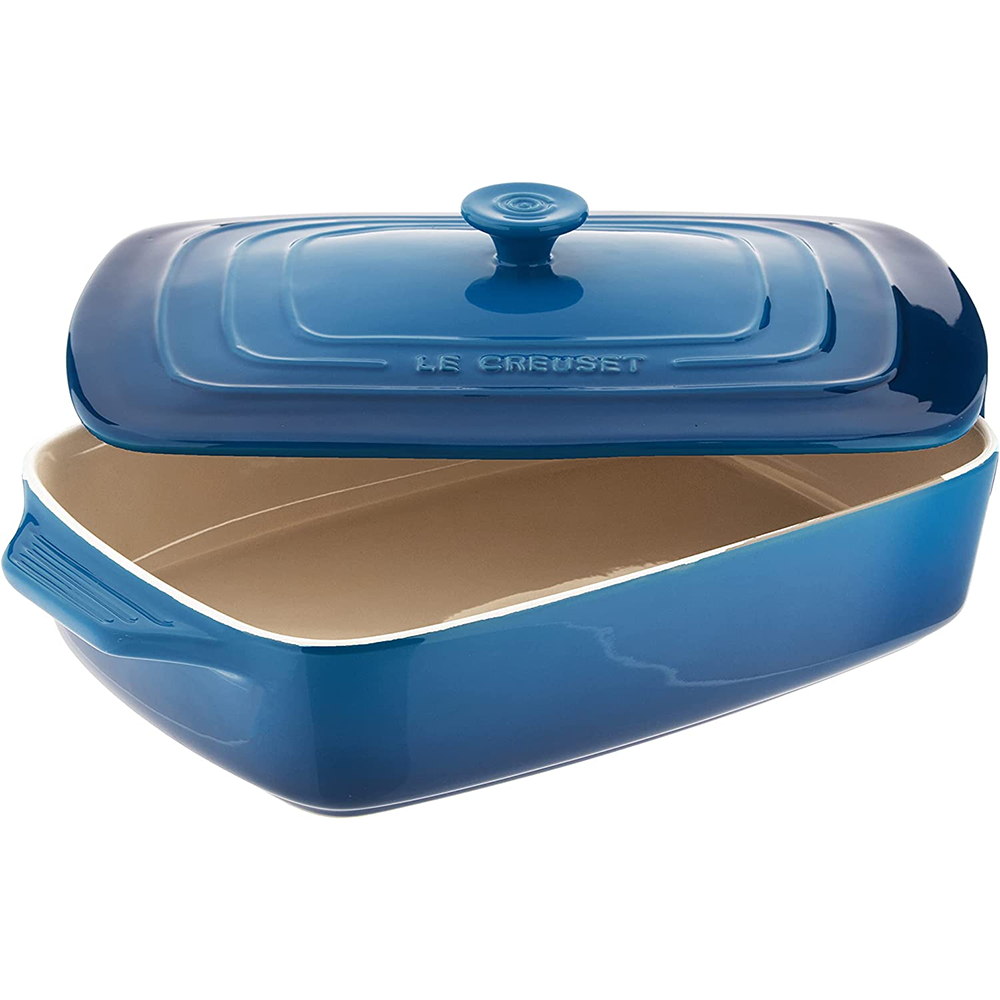 Famous for strength, durability and signature colors, Le Creuset cast iron Dutch ovens can be used for slow-cooking, braising and roasting, thanks to the ability to maintain even and consistent heat. Plus it's suitable for both stovetop and oven use.

This smaller cast iron oven from Le Creuset, named the Sauteuse, is perfect for anyone who lives alone (or couples!) who don't need to feed a big family every time they cook.

If you're already a fan of Le Creuset and looking to expand your collection, this covered casserole dish is a great next step beyond the Dutch oven. The stoneware maintains even temperatures and prevents scorching, and the interior is glazed, so it easily releases burnt-on food for quick cleanup. Speaking of convenience, this dish is safe to use literally anywhere in your kitchen: freezer, microwave, oven, broiler and dishwasher.

Amazon Prime Early Access Sale is a new Amazon Prime member-exclusive sale that is modeled after the company's flagship sale event, Amazon Prime Day. The sale promises to offer deep discounts on items and brands that are best-sellers during the holiday shopping season.

Amazon's Prime Early Access Sale is happening right now. The sale started yesterday, October 11, and runs through today, October 12, 2022, so this is your last chance to shop the deals. We are currently six weeks ahead of Black Friday, which is when Amazon and other retailers typically start to offer discounts for the holiday season. This is a great chance to get a head start on holiday gift shopping. (The last Amazon Prime Day happened this summer on July 12 and July 13.)

What are the best Prime Early Access Sale deals?

We are seeing Black Friday-worthy savings across all product categories, including electronics, fashion, home, kitchen, pets, toys and Amazon devices, as well as the lowest prices of the year on some products from national brands, like the KitchenAid Artisan Series Stand Mixer. Jessica Teich, deputy editor at the Good Housekeeping Institute says that she's looking for discounts on Apple products, including 40% off AirPods and $100 off Apple Watches; kitchen appliances, including Instant Pots and over 30% off air fryers; and cleaning appliances, including 20% off select Bissell products and 40% off select robot vacuums.

Shop more of the best deals below:

Only Amazon Prime subscribers will be able to shop the Prime Early Access Sale. An Amazon Prime membership costs $14.99 per month or $139 per year (there are some discounts for students, seniors and other qualifying individuals). If you have never had an Amazon Prime membership, the company offers a 30-day free trial for first-time subscribers. If you sign up now for a free trial, that would make you eligible to shop the Prime Early Access Sale come October 11.

Kelsey Mulvey is a freelance lifestyle journalist, who covers shopping and deals for Good Housekeeping, Women's Health, and ELLE Decor, among others. Her hobbies include themed spinning classes, Netflix, and nachos.

Heath Owens is a commerce writer and editor at Hearst Magazines, where he covers fashion, home, tech, gifts and more.

What Is Amazon Warehouse?

Where Can You Buy Amazon Gift Cards?

The Best Post-Prime Day Deals You Can Still Shop

Halloween Costumes Are Up to 63% Off on Amazon

Stock Up on Leggings at Amazon Prime Day 2022

Crest 3D Whitestrips Are 35% Off for Prime Day